Read about it: “Deciding for all or all deciding? Exploring Participatory Grantmaking” at Alliance Magazine. 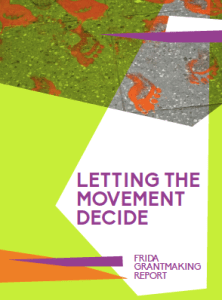 FRIDA and TLP launched a Grantmaking Model Evaluation of FRIDA’s work in February 2015 to assess, after three grant making cycles, FRIDA’s impact and effectiveness in supporting young feminist groups. This resulting report serves to document FRIDA’s practices, test FRIDA’s assumptions on the model’s impact, and offer recommendations for improvement. This report utilizes existing materials on FRIDA’s grantmaking model, including outreach and internal documentation, and a number of interviews with FRIDA staff, advisors, founders, grantees, and applicants.  So much here to learn from, for all who are interested in equitable, participatory grantmaking. 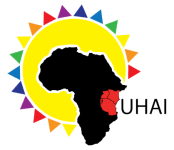 Changing Faces Changing Spaces Donor Pre-Conference set out to bring together key donors in the field to develop a better sense of current grant making priorities, strategies, and challenges among African donors, and identify potential points of shared interest and synergy. The planning committee included representatives from UHAI -EASHRI, The Astraea Lesbian Foundation for Justice, Open Society Foundations, an anonymous funder, and the U.S. Department of State, Bureau of Democracy, Human Rights and Labor.

In June, TLP Principle Matty Hart – in his role as Coordinator of Global Philanthropy Project (GPP) – traveled to Berlin to attend the “Challenging the Closing Space for Civil Society” convening with other members of Global Philanthropy Project’s cohort. This private meeting focused on addressing the mechanisms, techniques, and trends that governments are using to restrict civil society life and progress. This space also worked to build solidarity across social movements.

Hart and UHAI’s Wanja Muguongo co-facilitated a session titled “Building Counter Narratives and Encouraging Resilience: Values and Frames.” This session explored the values that underlie these attacks, and the resulting frames we can use to counter them. Hart explains, “GPP and UHAI facilitated this conversation in a deliberate manner to integrate LGBTI work into the conversation about around the closing spaces for civil societies, and elevate LGBTI work into a broader context of Human Rights work. LGBTI issues are a critical piece of the conversation. LGBTI people are impacted in unique ways, and homophobia is used as political leverage because of the broad popular distrust and misinformation about our lives. Centering that experience at the meeting shifted the conversation in a fascinating way.”

The conference was attended by many GPP member foundation staff. Fund representatives also attended an informal cocktail hour to mingle and talk about their individual work in relation to GPP. The strong presence of GPP helped to establish initial relationships with government and civil actors. We will continue these relationships as we progress towards the Bilaterals Meeting (in Montevideo, 2016) and as we develop our new international LGBTI funding resource tracking document.

Alliance Magazine has posted a few reflections from the workshop in Berlin to share takeaways and next steps with the broader philanthropic community: 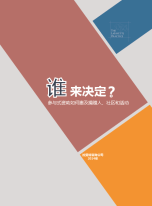 We recently posted about TLP’s travel to Beijing for the launch of a Chinese translation of our report Who Decides? How Peer Led Grant Making Benefits Donors, Communities, and Movements.  Ford Foundation’s Susie Jolly (Program Officer, Youth Sexuality, Reproductive Health, and Rights) shared a great recap and reflection in her blogpost “A more inclusive approach to grant making.”

“…The conversations in the workshop—including questions about how to ensure community representatives are really representative and trusted, and what effective participatory practices are already underway—continued beyond the event, generating a wave of discussion among the Chinese foundation community on new media platforms. The result: Several organizations made commitments to start or further develop peer-review processes themselves.

Peer-review grant making is gaining profile internationally, in part due to the Who Decides? report. Of course, this practice is evolving and more documentation and analysis are needed. But while we learn more, we can take immediate steps to support and develop this promising approach to making grant making more open and inclusive.” 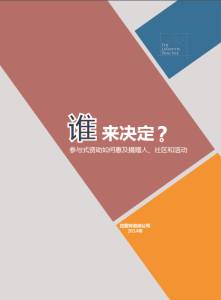 Matthew Hart of The Lafayette Practice traveled to Beijing, China from April 20-29th, 2015. Hart attended and presented at a number of events supported by the Ford Foundation Beijing office to promote participatory (or “peer review”) grantmaking in China, including the formal launch of a Chinese translation of TLP’s 2014 report “Who Decides? How Participatory Grant Making Benefits Donors, Communities, and Movements.”  While in China, Hart also had the opportunity to meet with many local activists.  Read below for a full report.

TLP extends great appreciation to the Ford Foundation for their support and for this incredible opportunity.
The 2014 “Who Decides” report was sponsored by the Levi Strauss Foundation.

On April 24th, Chaoyang Kangzhong Health and Education Service Center, a well-established health NGO, hosted the report launch and related workshops. TLP’s Matthew Hart gave a presentation about the report for approximately 70 participants from Chinese foundations and NGOs from all over China, with organizational focus on diverse issues ranging across health issues, education, environment, post-disaster relief, and sexual health/reproductive rights. Next, two well-known figures from the Chinese philanthropy scene then commented on the report: Xu Yongguang, chairman of the board of Narada, one of China’s best-known foundations; and Kang Xiaoguang, Director of Renmin University NPO Research Center, both of whom were resoundingly positive about the content.

While in Beijing, Hart had a full schedule of meetings and presentations. Hart gave three additional talks: at the Beijing Normal University, China Philanthropy Research Institute, on participatory grant making; at the Foundation Center, Beijing University (Fan Yanchun), on donor collaboratives; and a lunchtime talk on participatory grant making for all Ford staff and a few grantees in the Ford office. These talks and presentations offered opportunity to meet and talk (through simultaneous translation) with a wide range of researchers and professionals from NGOs and foundations from across China.  Hart also met with members of feminist, LGBT, and sex worker rights organizations, student organizers, The American Bar Association of China, and more. 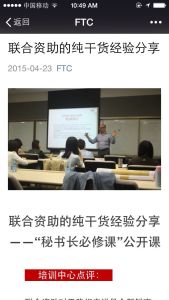 In response to these events, conversations about participatory grantmaking have been active on Chinese social network WeChat in philanthropy and Sexual Health/Reproductive Rights circles. A WeChat group set up for conference participants and discussion is also active. China Development Brief, a popular information resource for civil society organizations in China. Beijing Normal University, China Philanthropy Research Institute posted the Chinese report on their WeChat and microblog.

A project of the Astraea Lesbian Foundation for Justice, the Global Philanthropy Project is a collaboration of funders and philanthropic advisors to expand global philanthropic support to advance the human rights of lesbian, gay, bisexual, transgender and intersex (LGBTI) people in the Global South and East.  Learn More about GPP here.

On March 9th, The Lafayette Practice and Open Society Initiative for Europe convened a session in Budapest, bringing together 20 representatives of 17 funding institutions, with a shared goal of supporting LGBTI and Sexual Health/Reproductive Rights (SHRR) movements in Europe. This convening continued and expanded discussions initiated at the 2014 Ariadne Meeting, and built on the relationships and analysis further developed at the Reaching the Moveable Middle meeting in Barcelona (Fall 2014).

In the Open Space hours of 9am-1pm, participants gathered with an agenda designed to formally recruit new donor partners in Europe and to facilitate discussion toward a better informed, strategic, coordinated investment program of the philanthropic sector with the goal of resourcing LGBTI and SHRR movements, mobilizing the Moveable Middle in the region, and resisting the rise of the Right in Europe.

[As posted on the FCAA blog]

On March 11, as part of the 2015 Ariadne Policy Briefing in Budapest, Hungary, FCAA and the FGHR co sponsored a breakout session addressing the intersections of health and human rights in the Ebola and HIV/AIDS crises. The session was led by John Kabia of the Fund for Global Human Rights, Guinea, Sierra Leone, and Liberia, and Louise van Deth of STOP AIDS NOW!, and was moderated by David Mattingly, Vice President for Programs, Fund for Global Human Rights. The session was developed by Matthew Hart, The Lafayette Practice.

Addressing a packed room of more than 20 donors and foundation leadership, the speakers discussed the urgent need for funders to see health as a rights issue and to understand the human rights dimensions of health emergencies. Using HIV/AIDS and Ebola as examples, the speakers drew lessons from the healthcare responses to the outbreaks and how a human rights and social justice perspective can aid funders in supporting more effective and just responses to epidemics.

John provided an overview of the fragility of the health infrastructure in the region and how those weak systems contributed to the Ebola outbreak. Decades of severe poverty and prolonged periods of corrupt authoritarian rule have resulted in bleak healthcare outcomes, including low life expectancy rates, high maternal and child mortality figures and a low ratio of health personnel to population. With Ebola funding, corruption and a lack of accountability have resulted in the misappropriation of funds with impunity and contributed to widespread mistrust in government health programs.

The lack of trust in the healthcare response was compounded by the top-down heavily militarized response to the outbreak. Civil society groups documented serious human rights abuses committed by security personnel during quarantines, including sexual violence, unlawful detainment and restriction of free speech.  Amongst communities impacted by Ebola, discrimination and stigmatization run high and undermine the effectiveness of the healthcare response, in part due to the government messaging and policies that criminalize the infection. One of the most urgent causes for concern is the disproportionate impact of the outbreak on women and girls. More than half of those infected in the region are women, however the response to the crisis has failed to take this disparity into account.

Lessons from the Ebola Outbreak

Louise began her talk with a brief assessment of the current state of HIV/AIDS globally. There are 35 million people living with HIV, and 39 million have died. 70% of those who are positive live in Sub-Saharan Africa. The epidemic is growing among some key populations, including drug users in Eastern Europe and Central Asia and sex workers in the far East.  More than half of those who are positive don’t know their status and don’t receive treatment, largely due to stigma and discrimination.

Louise raised the challenge: “AIDS can end by 2030. AIDS, not HIV. We also want all people living with HIV to have proper treatment, care and support to prevent new infections. This can only happen if we start incorporating a human rights perspective and looking at both medical and social issues.”

What Can the Ebola Response Learn from HIV/AIDS?

Next Steps: What Can Ebola and Health Crisis Funders Learn from HIV/AIDS?

Private funders need to view health as a political issue and expand their funding for lobbying and advocacy for fully-funded health rights. Stigmatization, criminalization and underlying social biases can undermine an effective healthcare response if they are not anticipated and addressed. Local civil society groups must be given a leadership role that utilizes their experience and local credibility in creating realistic and accountable health care responses.